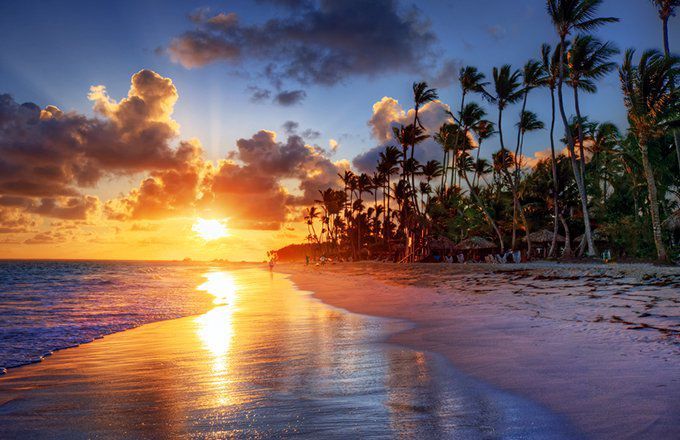 According to the CIA World Factbook, Trinidad and Tobago’s GDP was $28.87 billion in 2014. The real GDP growth rate for that year was 0.8%, which was down from 1.7% realized in 2013. Unlike most economies in the Caribbean, Trinidad’s main revenue source is not tourism. Instead, the country’s economy is highly dependent on petrochemical and liquefied natural gas exports as a result of their large oil and natural gas reserves. As a member of the Caribbean Community (CARICO M), Trinidad benefits from trade alliances among other Caribbean states.

Up until recently, Jamaica was mostly known for its reggae music, crystal clear beaches, and a distinct accent. However, the Caribbean island’s financial industry recently made headlines when Bloomberg reported that the Jamaica Stock Exchange (JSE) was the world’s best-performing stock market for 2015. While the Standard and Poor’s 500 Index (S&P 500) reported negative returns in 2015, the JSE market index rose by 97%. This came as a result of foreign acquisitions and a recovering economy.

The Jamaican economy is heavily reliant upon export revenues from its agriculture and mining industries. According to a January 2015 report published by the U.S. Geological Survey (USGS), Jamaica owned the world’s fifth largest bauxite reserves in 2014. The report also revealed that the island with a population of 2.8 million was the world’s eighth largest producer of bauxite for that same year. Other Jamaican exports include alcoholic preps for beverages, cassava, raw sugar, and raw coffee beans. In fact, the Jamaican Blue Mountain Coffee is one of the world’s most popular types of coffee.

Like Trinidad and Tobago, Jamaica is a member of, CARICOM, a common market in the Caribbean. A heavily indebted nation, Jamaica’s economy has been slowly bouncing back from a recession. For the third year in a row, the island reported positive economic growth. In 2015, Jamaica’s GDP was estimated to have increased by 1.4%. This can be considered a fairly good improvement in the economy as the island’s 30-year average economic growth is less than 1%. In recent times, the Government of Jamaica has been working on economic reforms that have gained support from the International Monetary Fund (IMF), World Bank, and the Inter-American Development Bank. (For more see, List of the Major Stock Exchanges in the Caribbean.)

Many people wish that they could avoid paying income taxes without getting into trouble with the law—the residents of the Cayman Islands are afforded the luxury of doing so. Known as one of the world’s top tax havens, the Cayman Islands imposes a 0% tax rate on income earned by both individuals and corporations. Additionally, there are no capital gains, gift or property taxes in the British Overseas Territory.

As a result of its tax neutral status, the Cayman Islands has attracted many wealthy people and corporations to incorporate business entities in their jurisdiction. The primary source of the government’s revenue comes from indirect taxes such as value-added tax (VAT) and customs duties. Like most tax havens, the majority of the law firms, accountants, and company managers in the Cayman Islands focus their efforts on serving the financial services industry.

The Government of the Cayman Islands also makes a substantial amount of money from fees associated with registering and renewing offshore companies and hedge funds. In 2007, the financial services industry in the Cayman Islands generated $1.2 billion Cayman Island dollars (KYD) in GDP, representing 55% of the nation’s economy. The industry also covered 40% of all government revenue, directly generating KYD$ 204 million. Unlike Jamaica and Trinidad and Tobago, the Cayman Islands uses a fixed exchange rate regime. As one of the world’s strongest currencies, the US$1 can buy KYD$0.82. (Related article, Caribbean Currencies: An Overview.)

In addition to possessing the ninth largest economy in Latin America, the Dominican Republic has the largest GDP among the different nations that make up the Caribbean. In 2014, the Dominican Republic reported an economic growth rate of 7.3%, an increase from 4.8% realized in 2013, as well a GDP of $64.14 billion. Strong trading relationships and large remittance payments helped to contribute to the expansion of the island’s economy. In fact, remittances serve as the island’s third largest source of foreign exchange.

Much more than a holiday destination, the Caribbean region consists of small island economies that are major players in a wide range of global industries. The twin-island state of Trinidad and Tobago, for example, has fueled their economic growth with export revenues from oil and gas. On the other hand, Jamaica is one of the world’s leading producers of bauxite. The Dominican Republic and the Cayman Islands are well-known offshore tax haven of choice for multinational corporations and billion dollar financial service companies.