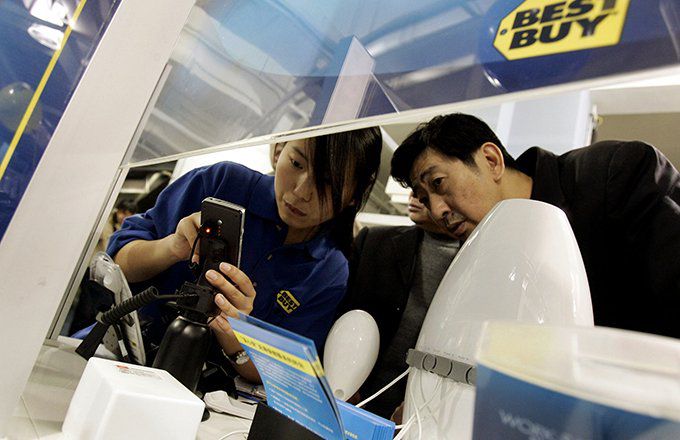 For Best Buy Co, Inc. (BBY), China was far from its best experience.

The Minnesota-based company, best known for its big-box retail stores that sell consumer electronics products, withdrew from the Chinese market in 2018 by selling off the majority stake in its local partner, Five Star Appliance Co, to a Chinese real estate company. In a statement at that time, Best Buy’s CEO Hubert Joly said the sale would allow the company to “focus even more on our North American business.” While the company had already shut down its branded stores in China in 2011, it continues to sell its privately labeled products there.

With its growing middle class and proximity to electronics manufacturers, China represented a huge growth opportunity for Best Buy. After studying the market for three years, Best Buy entered the Chinese market by buying a majority stake in Jiangsu Five Star Appliance – a local retailer – in 2006. It started operations with nine branded stores; the stores mimicked their American counterparts in their layout, organization, and selling tactics. This meant that they were stocked with knowledgeable customer service representatives who guided customers through a product mix that consisted of American product staples, such as espresso machines and home entertainment systems.

But the expected flood of customers failed to materialize. Instead, after struggling for six years, the company had a meager 1.8% market share. Best Buy closed down all six branded stores in 2011. The firm had already bought out Five Star Appliance in 2008 to propel its growth in the Chinese market. Then-CEO Brian Dunn said the store would focus on mobile sections of its Five Star chain. However, as subsequent events have shown, that experiment failed as well.

China’s extensive manufacturing infrastructure made it easier for competitors to make counterfeit Best Buy products and sell them at a lower cost than the store. As China is well known for copying American products, Best Buy competitors based in China were easily able to take advantage of the now proximate products to make cheaper or otherwise more desired versions of electronics.

But brand misperceptions can negatively affect sales, as well. Best Buy’s target audience was also middle class, but the company failed to provide adequate explanations for the premium prices of its products with that audience.

However, it was Best Buy’s failure to work in the local retail format that negatively affected the company’s prospects on multiple levels. The firm’s bloated cost structure contributed to its expenses and was eventually reflected in product pricing. For example, the firm chose to own and manage operations for entire showrooms instead of renting out space to individual manufacturers like most Chinese retailers.

The latter strategy transfers costs, such as store employee expenses and inventory management, onto manufacturers. Best Buy also replicated its store warranty model in China, where customers are more familiar with manufacturer warranties for products. The problem was that warranties cost extra, which further inflated product prices.

After changing the company’s sales model to suit local conditions, then-Asia President David Deno said the retailer’s moves in China were “stupid and arrogant.” According to Kal Patel, Deno’s successor, the store’s intentions in replicating its U.S. model was to “change the industry” in China. “What we learned, very crucially, is that in China you cannot make revolutionary change. You have to work at the pace of the Chinese consumer,” he added later.

At the time of its exit, Best Buy ran 184 stores in China under the Five Star brand. However, Five Star’s geographical reach is limited: a majority of its stores are situated in the eastern Jiangsu province. That restricted reach reflected in its position in retailer standings. In 2013, Five Star was the 18th largest retailer in the country. Meanwhile, competitors Gome and Suning Commerce have stores spread across China and are aggressively opening new locations.

Ultimately, the combination of intense competition from ecommerce stores, such as JD.com and Tmall, and slow growth prospects for the Chinese economy spelled the death knell for Best Buy’s China operations. Whether Best Buy returns to Chinese shores after the economy improves remains to be seen.

What Are the Most Commonly Traded Currency Pairs?

How Low Can We Go?

These Cannabis and China ETFs are Leading the 2019 Rally

Freddie Mac’s nonperforming mortgage sale has a pool for nonprofits

Banking for Millennials: Chime and Simple

How to come out ahead with rewards cards