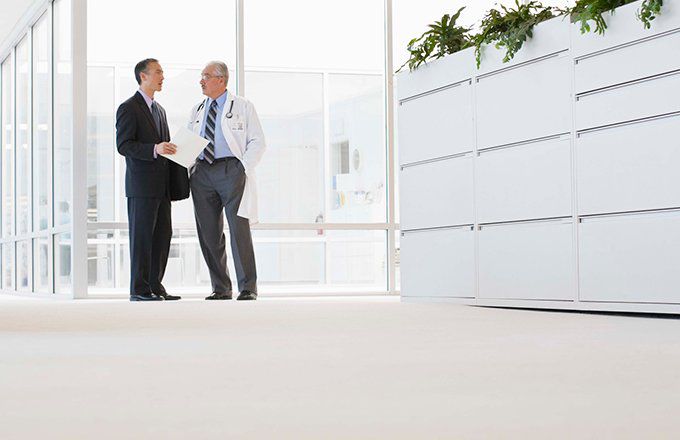 What Is Oscar Insurance?

Oscar is a startup health insurance company that uses technology in ways that differentiate it from traditional insurance providers. In addition to receiving free doctor visits, customers can speak to doctors for free over the phone at any time. Oscar’s plans also provide free preventive care and generic drug prescriptions. Customers sign up through online exchanges that were created by the 2010 Affordable Care Act. Unlike most large insurance providers, Oscar is focused on signing up individuals, although it also now has plans for small businesses.

To date, Oscar has raised $1.3 billion in venture capital funding, including from investors such as Alphabet, Fidelity, and Thrive Capital.

From its beginning in 2012, the founders of Oscar set out to design a health insurance company that provided simple coverage in an industry that can confuse consumers. There are no copays or coinsurance. Oscar wants customers to feel as if they have a doctor in the family, giving them access to free advice 24 hours a day via the Oscar mobile app or by phone. Within 15 minutes, patients can talk to a board-certified doctor and get advice.

Oscar’s Simple plans cover all doctor visits, and preventive care and generic drugs are free. The customer pays for everything else until he reaches the chosen plan’s out-of-pocket maximum, at which point the policy completely pays for all additional costs for the remainder of the year.

The average amount of money Oscar claims that its customers save a year.

Addressing a common complaint regarding insurance, Oscar helps consumers easily find and connect with the doctors in the network by using its mobile app. The company analyzes data collected from patient visits to identify ways to help customers save money. Using analytics, Oscar attempts to find the least expensive and most effective treatments, and it helps point patients toward the most suitable doctors to perform them. Oscar also encourages healthy lifestyles; its app syncs with Google Fit and Apple Health and rewards customers with up to $100 per year as they take a certain number of steps.

As of 2015, Oscar exceeded expectations by accumulating a sizable 12% market share in New York and New Jersey, which were its first markets. The privately held New York-based startup has accumulated more than $350 million in funding from the likes of Goldman Sachs and Google Capital, valuing the company at over $1.75 billion. Even while larger insurance companies have thrived, much of that funding has been necessary to cover substantial losses, which totaled $27.5 million in 2014.

Insurance rates typically decrease when more people are covered. Starting an insurance company with no customer base makes it difficult to compete with the rates from established insurance giants, such as UnitedHealth Group and Anthem. Oscar has grown over time. At first, it only added customers one at a time rather than targeting large employers, making growth more difficult and more expensive.

Entering into one of the world’s most complex and highly regulated industries dominated by a handful of powerful companies has been difficult for Oscar. Despite its attempt to simplify policy information, many customers are confused, claiming the details of Oscar’s policies are not clear. CEO Mario Schlosser admits that Oscar customers have to pay close attention to their policies to ensure they understand exactly what is covered and what is not, so they can avoid unexpected bills. For example, many customers are unaware of what “coinsurance” means, so they do not realize that they are responsible for any costs up to their deductible.

Oscar’s founders tout their company as a long-term investment. While enrollment is growing, profits have been hard to come by. Many analysts question whether Oscar’s backers have the patience to wait for enough patients to make it worth their while.

RippleNet platform is now being utilized for cross-border money transfer in...

How are negative correlations used in risk management?

Tesla investors urge board to go beyond SEC-ordered overhaul