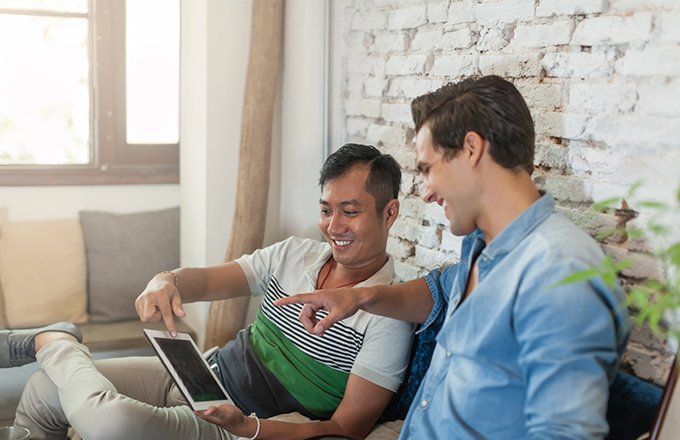 There was a time when sports were the seasonal obsession of a few men around the television screen. While that may still be true to some extent, technology has helped bring the thrill of competition to even the unlikeliest of fans. Now women, men, teens, and grandparents alike all take part in what the world calls fantasy sports. This industry rakes in hundreds of millions each year, thanks to a loophole in the law against gambling. While there are a number of different fantasy sports sites out there, two startups have capitalized on the growing number of sports fans looking for a quick and easy way to get involved with fantasy leagues, by introducing short-term fantasy sports. Read on to find out more about these two companies—FanDuel, and DrafKings—and how they’re thriving.

What Is Fantasy Sports?

You’ve probably heard of fantasy sports, but do you know what it is? Contrary to what you may think, fantasy sports has nothing to do with leprechauns and rainbows. In fantasy sports, users create their own teams made up of real players of a professional sport like football or basketball. Players may be from existing leagues such as the NFL, NBA, NHL, MBA, or even college teams. Two of the most commonly played fantasy sports in the United States today are baseball and football.

Once they’ve selected their teams, users can play against others for a chosen amount of time, whether that’s a single day or for the entire season. Team players receive a number of points for certain performance indicators like tackles in a football game or bodychecking in hockey. Ultimately, their points compete with either their friends in a private league or against strangers in a public league via the fantasy sports operator. Users can also trade or draft players to help boost their teams’ statistics in the league.

FanDuel and DraftKings: A Brief Overview

Established in 2009, FanDuel is one of the largest fantasy sports sites in the United States—second only to DraftKings. The company is based in New York City and has more than 1,000 employees. According to the company’s website, FanDuel has more than six million registered users.

FanDuel is owned by holding company Flutter Entertainment. It scored several rounds of funding, including a Series C round worth $11 million in 2013 and a Series E round that raised a whopping $275 million in 2015. This allowed FanDuel to join the list of tech unicorns with a valuation of over $1 billion.

DraftKings is the country’s largest fantasy sports service. Founded in 2012 in Boston, the company employs more than 850 people in eight countries including the U.S., the United Kingdom, Bulgaria, and Israel. The company has more than eight million registered users.

The company has raised more than $895 million in capital through a number of financing rounds between 2012 and 2018. In April 2020, the company went public through a reverse merger involving SBTech and Diamond Eagle Acquisition, a public company that ceased trading. After the merger, DraftKings began trading on the Nasdaq under the ticker symbol DKNG. The deal was valued at $2.7 billion.

FanDuel and DraftKings took the long-term commitment out of fantasy sports by paving the way for users to participate in short-term fantasy sports on a much wider scale. The option to participate during any given day disrupted an already lucrative industry. The structure takes away the risk of choosing a bad team and getting stuck with players all season. For fans who love the game, it’s a chance to relive the entire season all over again, every day.

FanDuel and DraftKings lead the industry in one-day fantasy football leagues. Users play for real money in leagues starting at a $1 commitment. There are no associated subscription fees, which allows both services continue to grow at a fast pace.

How Do FanDuel and DraftKing Make Money?

The bandwidth required to take on extreme traffic spikes during prime sports hours can be a very hefty cost. This means both FanDuel and DraftKings need to generate a significant amount of revenue. So how do they do that? Easy. Advertising. Remember, in order to make money, companies need to spend on marketing.

Adam Krejcik, managing director of digital and interactive gaming for Eilers & Krejcik Gaming, estimates FanDuel’s TV advertisement spending at about $20 million, resulting in an average customer–acquisition cost of $68. Despite the high acquisition cost, Krejcik predicts FanDuel makes $100 off each customer per season.

In 2018, DraftKings generated $14 million in revenue, while FanDuel generated $10 million. Both companies make money off player entrance fees. For instance, DraftKings may collect 10% from users who pay for league buy-ins. So for every $1 paid by a user, the company takes 10 cents as its own share. The remaining 90 cents from each user is placed into the pool, which is paid out to the winner at the end.

The companies also make money in other ways as well. Selling ads on their sites and partnering with other big names like NBC, Sports Illustrated, Comcast, and Sporting News also brings in revenue. Professional leagues see tremendous potential to engage existing fans and acquire new ones.

The Future of Fantasy Sports

Just like any other industry, acquisitions play a big part in the fantasy sports world. FanDuel was acquired in mid-2018 by Irish company Paddy Power Betfair, now known as Flutter Entertainment. FanDuel operates as a U.S. subsidiary of the parent company. The terms of the deal were not disclosed.

Both FanDuel and DraftKings tried to merge into a single entity, but the merger was terminated because of the Federal Trade Commission (FTC) claimed the new company would become a monopoly with a combined 90% of the U.S. DFS market.

Fantasy sports still has a lot of legislative and legal hurdles to overcome. Most fantasy sports are considered games of skill, while internet casino games are deemed games of chance. While the latter is illegal in most states under the Unlawful Internet Gambling Enforcement Act of 2006, fantasy sports are exempt. Despite this loophole, many regulators continue to challenge these sites.

The Unlawful Internet Gambling Enforcement Act of 2006 ruled that fantasy sports were games of skill rather than games of chance like online poker, thus making them legal.

FanDuel’s website states that it’s legal to play fantasy football as long as you are a Canadian or American over the age of 18. Both FanDuel and DraftKings are allowed in the majority of states. But there are still a handful of states that ban these sites including:

In 2017, FanDuel and DraftKings each paid $1.3 million to settle a lawsuit with the Attorney General’s office in Massachusetts. The settlement was the result of an investigation into allegations that both companies were involved in deceptive and unfair practices. The state’s top lawyer didn’t elaborate on the exact nature of the charges.

Fantasy sports is a huge, lucrative business that makes companies like FanDuel and DraftKings millions of dollars in revenue each year, much of which is derived from fees, advertising, and partnerships. Although digital fantasy sports is not considered gambling, these companies still have a lot of obstacles before they become fully legal in all 50 states.

When you should call your bank