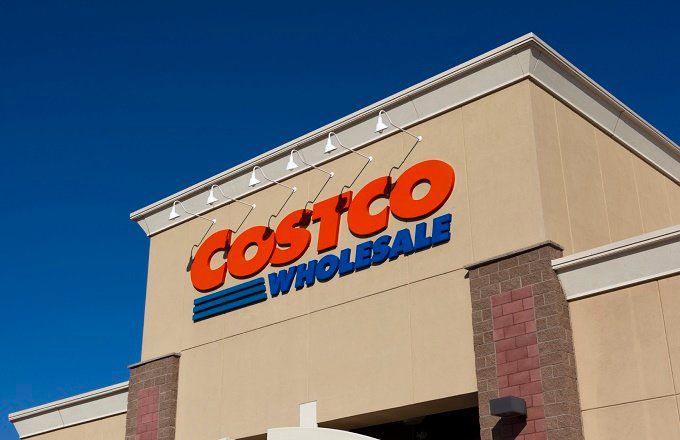 Costco Wholesale Corp. (COST) over four decades has grown into a major warehouse retailer in the U.S. and abroad by offering low prices on large packages of name-brand products. It sells groceries, appliances, electronics, apparel and other items. The company has 98.5 million members who purchase long-term memberships to gain access to Costco warehouse stores and to make online purchases.﻿﻿ In the trailing 12-month period, Costco generated net income of $3.8 billion on revenue of $158.4 billion.﻿﻿ The company is able to keep prices low at its warehouses globally in part by offering consumers a limited selection of products. Costco holds an average 3,700 active stock keeping units in each of its warehouses, far less than many rivals.﻿﻿ ﻿﻿ The company has a market value of $135.8 billion as of May 19, 2020.﻿﻿

Despite these strengths, the company’s same-store sales in April fell for their first time since 2009 as shelter-at-home orders due to the COVID-19 pandemic kept shoppers away from its warehouses.﻿﻿

The company opened its first Costco warehouse under co-founders Jim Sinegal and Jeff Brotman in 1983 in Seattle, eventually merging with Price Club 10 years later. After a short period operating as PriceCostco, the company returned to the name Costco in 1997. It has expanded dramatically since then.﻿﻿ As of the end of 2019, Costco had 785 warehouses primarily in the U.S., but also in Asia, Europe and Latin America.﻿﻿

Below, we’ll take a look at the top five shareholders of Costco based on the number of shares owned. All figures are as of May 19, 2020.

The largest stake in Costco belongs to Vanguard Group Inc., the investment management company offering hundreds of mutual funds, ETFs, and retirement products. As of January 31, 2020, Vanguard holds about $6.2 trillion in global assets under management (AUM).﻿﻿ Vanguard currently owns about 39.2 million shares of Costco stock, with a market value of $11.2 billion. This represents roughly 8.9% of all outstanding shares.﻿﻿ Vanguard customers can invest in Costco stock through the company’s Vanguard Growth Index Fund (VIGSX) and its Vanguard Consumer Staples ETF (VDC), among others.﻿﻿ ﻿﻿

Global investment manager BlackRock Inc. (BLK) is the second-largest shareholder of Costco. This asset manager held $6.8 trillion AUM as of June 30, 2019, placing it among the largest companies of its kind.﻿﻿ BlackRock holds 28 million shares of Costco stock, with a market value of $8 billion. This stake accounts for about 6.3% of all outstanding shares. Among BlackRock’s most popular retail products is the company’s group of iShares ETFs; the iShares Evolved U.S. Discretionary Spending ETF (IEDI) is one BlackRock fund that holds Costco stock.﻿﻿

State Street Corp. (STT) is a financial holding company providing a range of investment management services. The company held $3.1 trillion AUM as of December 31, 2019.﻿﻿ State Street holds about 18.4 million shares of Costco stock, valued at $5.2 billion. This accounts for 4.2% of all outstanding shares.﻿﻿ State Street is well known for its SPDR line of ETFs.﻿﻿ The SPDR MFS Systematic Core Equity ETF (SYE) is among the funds in this line holding Costco shares.﻿﻿

Global financial services company Bank of America Corp. is the last of the top five shareholders in Costco. The company offers retail banking services, commercial banking, and more across a broad range of subsidiaries.﻿﻿ Bank of America held $2.4 trillion in total assets as of December 31, 2019.﻿﻿ The company holds 7.6 million shares of Costco stock valued at $2.2 billion. This accounts for 1.7% of all outstanding shares.﻿﻿

The Savvy Reason There Are Robot Strippers for CES

How Safe Is It to Travel in Japan?