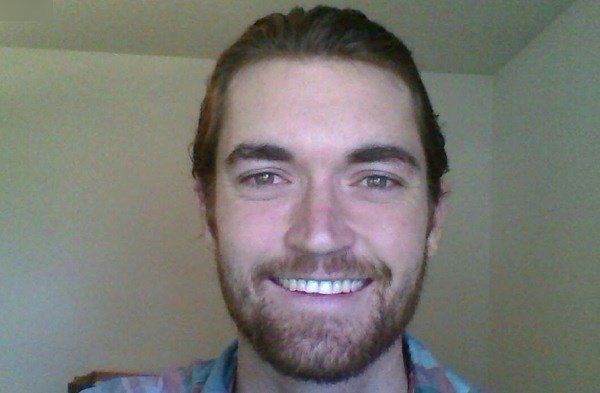 Ross Ulbricht (born 1984) is a former darknet market operator most famous for creating and running the Silk Road market. He was arrested in 2013, and two years later a Manhattan federal jury found him guilty on seven charges including conspiracy to launder money, conspiracy to commit computer hacking, conspiracy to traffic narcotics by the means of the internet and continuing a criminal enterprise (the so-called kingpin charge). Ulbricht, a first-time offender, was not convicted of actually selling illegal drugs and other items himself, but of creating and operating a site where others did. He was sentenced to life in prison.﻿﻿

Ulbricht, who used the pseudonym “Dread Pirate Roberts” online, will spend the rest of his life behind bars. Here’s his story.

Ulbricht grew up near Austin, Texas, studying physics at the University of Texas at Dallas and then Pennsylvania State University to pursue a master’s program in materials science. During this time, Ulbricht developed a keen interest in libertarian views of economic theory. He became a supporter of the political philosopher Ludwig von Mises and aligned his views with prominent libertarian politicians.

In 2009, upon his graduation from Penn State, Ulbricht returned to Austin to become an entrepreneur. His early attempts were unsuccessful, and he moved between a number of jobs. He tried his hand at day trading and developing video games, as well as founding a company to sell books online.

It was during this time that Ulbricht first developed the idea of creating an online marketplace utilizing Tor encryption and bitcoin, which was still in its nascent stages at the time.

By adopting encryption and cryptocurrency, Ulbricht believed that his marketplace could provide anonymity and security for its participants, allowing them to avoid government scrutiny.

Tor passes user information through a vast network of encryption procedures, effectively disguising the identity and location of participants on the network, while bitcoin offers a decentralized and anonymous transactional platform. This early idea would eventually develop into the Silk Road marketplace.

Ulbricht founded Silk Road in 2011, calling himself “Dread Pirate Roberts” online, in a nod to the hit 1987 movie The Princess Bride.﻿﻿ He envisioned Silk Road as a “means to abolish the use of coercion and aggression amongst mankind,” according to his LinkedIn page.

He also said he was “creating an economic simulation to give people a first-hand experience of what it would be like to live in a world without the systemic use of force.”﻿﻿

Silk Road became popular over a very short span of time. When numerous media outlets picked up stories on the market in mid-2011, a significant amount of interest developed in the site and traffic increased exponentially. Of course, as the site became more widely known, authorities also made moves to identify Silk Road users and to shut down the site. Nonetheless, Silk Road remained a popular, but shrouded marketplace where both legal and highly illegal activity took place through 2013. According to the prosecutors, by the time it was shut down the site had generated almost $213.9 million in sales and $13.2 million in commissions for its owner.﻿﻿

The Daily Dot in early 2013 reported that an Australian drug dealer was the first individual to be convicted of crimes directly linked to the Silk Road. From this point, identification of users of Silk Road continued to develop, and eventually, the FBI determined that Ulbricht was the founder and owner of Silk Road. He was arrested on October 2, 2013, in a San Francisco library, and was later indicted on seven charges.

Ulbricht also faced murder-for-hire charges in a separate case in a Baltimore federal court. These charges were ultimately dropped in 2018.

Ulbricht’s trial began in January 2015 in Manhattan, and he was convicted on all seven counts. The trial was a highly publicized and charged event, with the presiding judge reportedly receiving death threats from presumed Silk Road supporters, although that was never proven.﻿﻿

Prior to his sentencing, Ulbricht stated via a letter to the judge that his actions were linked to his libertarian ideals and that “Silk Road was supposed to be about giving people the freedom to make their own choices.” On May 29, 2015, Ulbricht was sentenced to two life imprisonment terms plus 40 years to be served concurrently without the possibility of parole.

Ulbricht attempted to appeal, and in May 2017, the United States Court of Appeals for the Second Circuit denied his attempt. Also in 2017, Ulbricht appealed to the Supreme Court, with attorneys arguing that his case involves unresolved constitutional questions regarding the Fourth Amendment and the digital age.﻿﻿ But in June 2018, the court declined to hear Ross’s case. On October 10, 2019, Ulbricht filed a motion with the New York Southern District Court to vacate or set aside his sentence.

Since Ulbricht’s incarceration, more than 290,000 have signed an online petition created by Lyn Ulbricht, Ross’ mother, to commute his double life sentence.﻿﻿ His supporters have also created an online fact sheet to provide more details about Ross’s case.

The US is about to send a lot more oil into...

As housing confidence hits high, fewer are positive about buying