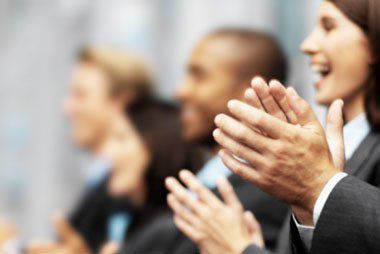 What Is Frictional Unemployment?

Frictional unemployment is always present in the economy. It contributes to the overall employment picture and is part of natural unemployment, which is the minimum unemployment rate in an economy due to economic forces and movement of labor. Natural unemployment also reflects the number of workers who are involuntarily unemployed, whether due to a lack of skill or replacement by technology.

Recent graduates from school and other first-time job seekers may lack the resources or efficiency for finding the company that has an available and suitable job for them. As a result, they don’t take other work, temporarily holding out for the better-paying job. Temporary transitions—such as moving to another town or city—will also add to frictional unemployment, as there is often a gap in time between when workers quit their job and find a new one.

Workers quitting their job to look for better pay adds to frictional unemployment. In other cases workers may resign from their job to go back to school or learn a new skill because they believe they need the skill to earn more income. Others might leave the workforce for personal reasons, such as to care for a family member, sickness, retirement, or pregnancy. When the workers return to the workforce to look for a job, they’re counted as part of frictional unemployment.

Unemployment benefits paid by the government can sometimes lead to frictional unemployment because the income allows workers to be selective in finding their next job, further adding to their time unemployed. It can also occur due to companies abstaining from hiring because they believe there are not enough qualified individuals available for the job.

Frictional unemployment is actually beneficial because it is a sign that workers are voluntarily seeking better positions, providing businesses with a wider array of qualified potential employees.

Frictional unemployment always exists in an economy with a free-moving labor force and is actually beneficial because it’s an indicator that individuals are seeking better positions by choice. It also helps businesses because it gives them a wider selection of potentially highly qualified candidates applying for positions. It is short term and thus does not place much of a drain on government resources.

Frictional unemployment is reduced by quickly matching prospective job seekers with job openings. Thanks to the internet, workers can use social media and job-posting websites to search for jobs, which can lead to quicker turnaround times in getting hired.

Frictional unemployment is the only form of unemployment that is largely unaffected by economic stimulus from the government. For example, during bad economic times, the Federal Reserve Bank might lower interest rates to encourage borrowing. The hope is that the added money will spur spending by consumers and businesses, leading to growth and a reduction in unemployment. However, added money doesn’t address the causes of frictional unemployment, except perhaps in giving some workers the courage to become unemployed while searching for a new job. Still, as noted above, the challenging economic landscape that generated the pandemic stimulus would probably forestall such a choice.

Kittrell Paycard to offer InstantWage solution to all its payroll cards

Mortgage Rates Back to Unchanged After Starting Higher

Gold Fractal Points to Massive Bitcoin Breakout to Over $11,000

The Difference Between Brent Crude and West Texas Intermediate