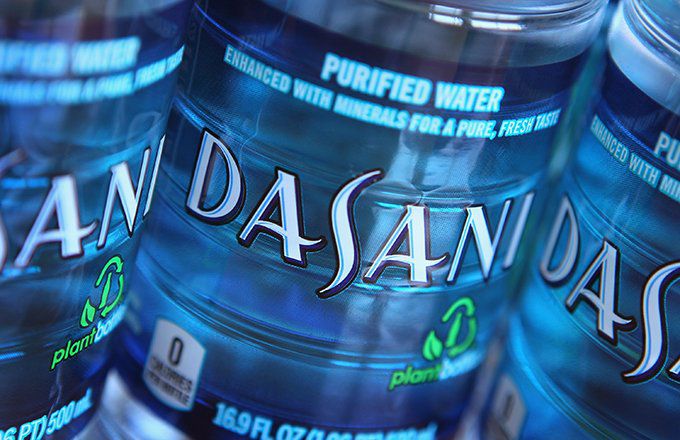 The Coca-Cola Company (KO) is a very popular investment for beginning investors because of the familiarity of its namesake product, the Coca-Cola soda. Created by a pharmacist in 1886, in Atlanta, Georgia, Coca-Cola quickly became a popular beverage across the country and has since become a part of American history. ﻿﻿ Since it was founded in 1892, The Coca-Cola Company has expanded far beyond its signature carbonated beverage. It is the world’s largest, nonalcoholic beverage company and producer of concentrates, syrups, and related products.﻿﻿

In recent decades, the company has turned to acquisitions for growth and diversification, becoming a nonalcoholic beverage conglomerate that now owns, licenses, and markets more than 500 different brands of beverages. Many of the company’s non-soda beverage brands have been key drivers of its growth, and several exceed $1 billion in their respective annual revenues.

Since its founding, The Coca-Cola Company has consistently sought to explore new markets. Continuing this trend, at the beginning of 2019 the company completed an acquisition of Costa Coffee, beginning a new line of coffee-based beverages.

Dasani, a brand of bottled water, was launched by The Coca-Cola Company is 1999. Dasani is the top-selling still bottled water brand in the U.S. the highest selling bottled water in the U.S. In 2019, Dasani generated $1.05 billion in sales.﻿﻿ Bottled water products have seen consistent increases in popularity among consumers across the U.S., indicating that Dasani and other related brands have room for growth. The market for sparkling water products has grown considerably in recent years. The company introduced Dasani Sparkling in 2013 in order to take advantage of shifting consumer trends.

The Minute Maid Company is a very important brand for The Coca-Cola Company. It was the first acquisition made by The Coca-Cola Company when it was purchased in 1960. The company is currently headquartered in Houston, Texas. Minute Maid was the first company to market orange juice concentrate. In 2001, the Minute Maid division of Coca-Cola launched the Simply Orange brand. The Simply Orange Company makes a number of not-from-concentrate orange juices and other juice drinks that are sold refrigerated. In 2002, Minute Maid bought the naming rights to re-brand the Houston Astros ballpark, which is currently called Minute Maid Park. The naming rights were acquired for 30 years for a price of approximately $100 million.﻿﻿

Also known as Glacéau, Energy Brands has been one of Coca-Cola’s most successful subsidiaries. The company was founded in 1996 and acquired by Coca-Cola in 2007 for approximately $4.1 billion.﻿﻿ It operates as a privately-owned subsidiary with headquarters in Queens, New York. Following the acquisition in 2007, the Coca-Cola Company shifted production of its popular Powerade line of products to Energy Brands.

Two of the largest and most successful product lines under the umbrella of the Energy Brands are VitaminWater and SmartWater. Both of these product lines have marketed themselves as healthier alternatives to traditional soda products in order to appeal to an increasingly health-conscious consumer base.

Costa Coffee is a British coffeehouse chain that was founded in 1971. Before it was sold to The Coca-Cola Company in January 2019 for $4.9 billion, the company was owned by Whitbread.﻿﻿ It was the company’s most expensive acquisition. Costa Coffee is the second-largest chain of coffee shops in the world. By acquiring Costa, The Coca-Cola Company has the potential to make tremendous gains in the growing coffee industry, particularly in international markets where the brand already enjoys a strong position.

Founded in Northern California in 2000, Fuze Beverage has grown into a nationwide brand that sells teas and non-carbonated fruit juice drinks. When The Coca-Cola Company purchased Fuze in 2007, it was seen as an important move in the direction of more health-conscious beverage products.﻿﻿ Consumers looking to avoid high fructose corn syrup and other additives in traditional soda products may be more attracted to Fuze products.

Costa Coffee was The Coca-Cola Company’s most prominent recent acquisition, but the company is always looking to expand its offerings through new subsidiaries and brands. With more than 500 brands, it currently has a stake in markets around the world. For several decades, The Coca-Cola Company has adopted an aggressive acquisition strategy in order to maintain its position at the top of the nonalcoholic beverage space. It’s likely that this will only continue into the future.

Winklevoss Twins Double Down On “Bitcoin Is Gold 2.0” Narrative

Comparing Emirates vs. Etihad vs. Qatar

How and When Are Stock Dividends Paid Out?

The Motley Fool Pro Discount You Won’t Want to Miss