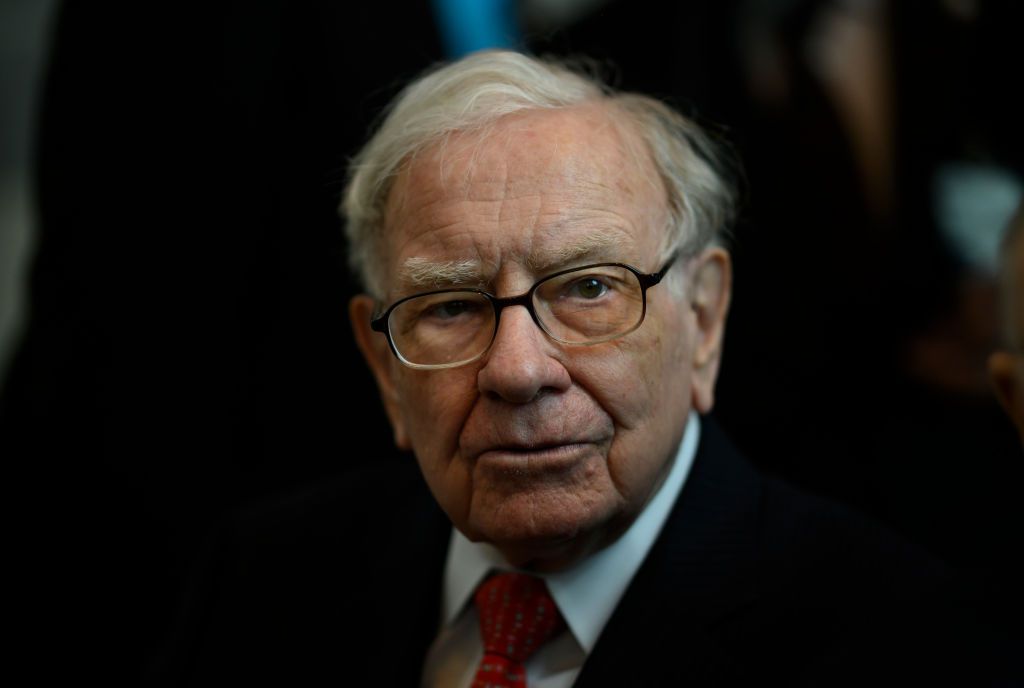 Berkshire Hathaway was formed in a 1955 merger of two textile companies, both of which date back to the 19th century. Buffett first invested in the company in 1962, taking a controlling share and replacing its management in 1965 after he felt that the management had cheated him in a stock deal.﻿﻿ Using Berkshire as his investment holding company, Buffett acquired a number of large insurance companies including GEICO. He used the large amounts of money insurance companies hold on to, called their float, to make investments in a broad array of industries. Today, Berkshire owns a plethora of different businesses from aerospace parts manufacturing to logistics firms to the Dairy Queen chain of ice cream stores.

Berkshire’s stock was public before Buffett started purchasing it in 1962.﻿﻿ Berkshire, unlike virtually every other major company, never split Berkshire’s main shares, even though the company has grown astronomically since Buffett took over. Because of this, Berkshire has the highest price of any stock in the U.S., by a wide margin. Buffett does this because he is a strong believer in “buy-and-hold” investing, and wants to discourage short-term traders of the stock who might increase its volatility.

Eventually, however, the stock became so pricey that everyday investors simply could not invest in the company. As a result, in 1996, Berkshire launched its B share class (BRK.B), each of which is worth 1/1500 of an A share.﻿﻿

Usually examinations of the spectacular returns from buying and holding a major company after getting in on the ground floor are purely hypothetical. Berkshire is notable in having at least one publicly-documented real-life example.

In the 1990’s, Donald and Mildred Othmer were an unassuming couple living in New York City, having been married for over 40 years. Donald was a professor of chemical engineering at what was then called the Polytechnic University in Brooklyn, now the NYU Tandon School of Engineering. He was distinguished in the field of chemical engineering, with a large number of patents and a business doing consulting. Mildred was a retired school teacher and active volunteer at Brooklyn Botanic Garden and Planned Parenthood. When the childless couple died in their 90’s, Donald in 1995, and Mildred in 1998, they donated their money to a number of charities, such as the Long Island College Hospital in Brooklyn, the University of Nebraska, and Polytechnic in Brooklyn. Each of donations totaled over $100 million, with the couple’s combined estates worth approximately $750 million.﻿﻿

Few people knew about their extreme wealth, which adjusted for inflation would be worth over a $1 billion in 2020 dollars, as they had never changed their lifestyle throughout their life. The source of their wealth was the $25,000 each had invested with Warren Buffett, a family friend, in the early 1960’s. They received Berkshire Hathaway stock at $42 a share in 1970. The Othmers had kept their money invested, slowly adding to it, even as others in their family withdrew their money. The Othmers stayed in for the long haul, and were a staggeringly successful example of the sort of long-term investing that Buffett always preached the value of.﻿﻿

Homebuyers look to suburbs after years of surging prices in New...

Cramer’s top investing rules for bulls, bears and everyone in between

CFPB official tries to defuse furor over his ‘provocative’ writings

What is the difference between positive and normative economics?