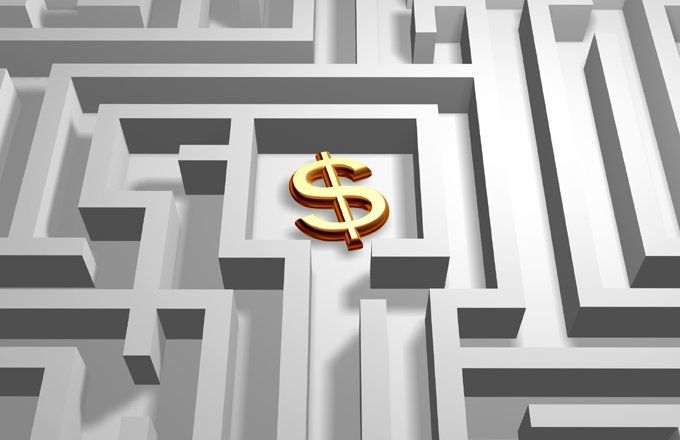 Return on equity (ROE) is a closely-watched number among knowledgeable investors. It is a strong measure of how well a company’s management creates value for its shareholders. The number can be misleading, however, as it is vulnerable to measures that increase its value while also making the stock riskier. Without a way of breaking down ROE components, investors could be duped into believing a company is a good investment when it’s not. Read on to learn how to use DuPont analysis to break apart ROE and gain a much better understanding of where movements in ROE are coming from.

If this number goes up, it is generally a good sign for the company as it is showing that the rate of return on the shareholders’ equity is rising. The problem is that this number can also increase simply when the company takes on more debt, thereby decreasing shareholder equity. This would increase the company’s leverage, which could be a good thing, but it will also make the stock riskier.

A more in-depth knowledge of ROE is necessary to avoid mistaken assumptions. In the 1920s, the DuPont corporation created an analysis method that fills this need by breaking down ROE into a more complex equation. DuPont analysis shows the causes of shifts in the number.

Taking the ROE equation: ROE = net income / shareholder’s equity and multiplying the equation by (sales / sales), we get:

We now have ROE broken into two components: the first is net profit margin and the second is the equity turnover ratio. Now by multiplying in (assets / assets), we end up with the three-step DuPont identity:

This equation for ROE breaks it into three widely used and studied components:

We have ROE broken down into net profit margin (how much profit the company gets out of its revenues), asset turnover (how effectively the company makes use of its assets) and equity multiplier (a measure of how much the company is leveraged). The usefulness should now be clearer.

If a company’s ROE goes up due to an increase in the net profit margin or asset turnover, this is a very positive sign for the company. However, if the equity multiplier is the source of the rise, and the company was already appropriately leveraged, this is simply making things riskier. If the company is getting over-leveraged, the stock might deserve more of a discount despite the rise in ROE. The company could be under-leveraged as well. In this case, it could be positive and show that the company is managing itself better.

Even if a company’s ROE has remained unchanged, examination in this way can be very helpful. Suppose a company releases numbers and ROE is unchanged. Examination with DuPont analysis could show that both net profit margin and asset turnover decreased, two negative signs for the company, and the only reason ROE stayed the same was a large increase in leverage. No matter what the initial situation of the company, this would be a bad sign.

Since the numerator of the net profit margin is net income, this can be made into earnings before taxes (EBT) by multiplying the three-step equation by 1 minus the company’s tax rate:

The practicality of this breakdown is not as clear as the three-step, but this identity provides us with:

If the company has a high borrowing cost, its interest expenses on more debt could mute the positive effects of the leverage.

Learn the Cause Behind the Effect

Both the three- and five-step equations provide a deeper understanding of a company’s ROE by examining what is changing in a company rather than looking at one simple ratio. As always with financial statement ratios, they should be examined against the company’s history and its competitors.

For example, when looking at two peer companies, one may have a lower ROE. With the five-step equation, you can see if this is lower because: creditors perceive the company as riskier and charge it higher interest, the company is poorly managed and has leverage that is too low, or the company has higher costs that decrease its operating profit margin. Identifying sources like these leads to better knowledge of the company and how it should be valued.

A simple calculation of ROE may be easy and tell quite a bit, but it does not provide the whole picture. If a company’s ROE is lower than its peers, the three- or five-step identities can help show where the company is lagging. It can also shed light on how a company is lifting or propping up its ROE. DuPont analysis helps significantly broaden understanding of ROE.

One retailer looks like a better buy than Amazon, expert says

Monero (XMR) | Not the Update We’ve Been Waiting For

The Difference Between Income Tax vs. Capital Gains Tax