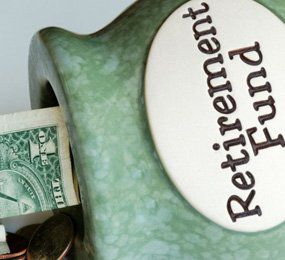 Taxpayers who recharacterize Roth conversions and IRA contributions are faced with the daunting task of calculating the earnings (or losses) on the amount if such services are not provided by their IRA custodians. Proper calculation of any earnings or loss is as important as the recharacterization itself, and failure to include the correct amount could have adverse consequences.﻿﻿

Below, we’ll explain recharacterizations and help you understand the mechanics of calculating earnings or losses on the amounts you want to recharacterize.

Why would someone want to recharacterize their Roth conversion? Among the reasons: the conversion is a failed or ineligible conversion, the value of the assets declined in value since the conversion, or the individual simply changed their mind and no longer wanted to keep the assets in a Roth IRA.﻿﻿

When assets are converted, the taxable amount of the conversion is the value at the time the amount is initially converted, even if the assets have declined in value. For instance, if an individual converts assets valued at $100,000, and the assets later decline in value to $50,000, the individual must still pay tax on $100,000. As a result, many individuals choose to recharacterize conversions that have dropped in value, thus removing any tax liability associated with the conversion.﻿﻿

The individual may choose to recharacterize a traditional IRA contribution if they are ineligible to receive a deduction for the contribution and feels it is then better to treat it as a Roth IRA contribution, for which earnings accrue on a tax-free basis.﻿﻿

To recharacterize a conversion or contribution, you must move the assets from the IRA that first received the contribution (or conversion) to the IRA in which you want the assets to be maintained. Some financial institutions will process the recharacterization by simply changing the IRA from one type to another. Check with your IRA custodian/trustee about its procedure and any documentation requirements for processing a recharacterization.﻿﻿

The IRS provides a special formula for calculating the earnings or losses on the amount that is being recharacterized.

Here is the formula:﻿﻿

Say, for example, that an IRA is not valued on a daily basis, and the owner receives monthly account statements. If the owner were recharacterizing a contribution in March 2020 and the contribution occurred in December 2019, the owner would use the November 2019 month-end value (from the November statement) as the beginning period (market value) and the February 2020 month-end statement as the ending fair market value.

The following example illustrates how to calculate earnings and losses on an amount that is being recharacterized:

To treat the $400 as a Roth IRA contribution, Jack must recharacterize the amount to his Roth IRA and must include any earnings or subtract any loss on the $400. The value of Jack’s Traditional IRA when he recharacterizes the $400 in April is $7,600. No other contributions were made to the IRA, and no distributions were made from it. Jack calculates the earnings/loss as follows:

The Calculation for Full Recharacterization

For instance, assume you established a new Roth IRA and funded it with $3,000 in December 2019. By October 2020, the IRA earned $500, making the balance $3,500. In order to claim a deduction for the $3,000, you decide that you want to treat the amount as a traditional IRA contribution. Because the Roth IRA received no other contributions or made no distributions and because the IRA had no balance before the $3,000 contribution, you can simply recharacterize the full balance to the traditional IRA.

The same rule applies if a full recharacterization of a Roth conversion is being done and no other distributions or transfers were made from or to the account.﻿﻿

For example, assume that in the calculation example above, Jack used his $1,600 contribution to purchase 100 shares of Widgets & Budgets (W&B) stock. The rest of his IRA balance was made up of cash and mutual funds. Even though the $1,600 was invested in W&B stock, it is not necessary for Jack to recharacterize only shares of W&B stock. Instead, Jack may use any one or combination of W&B stock, mutual funds, or cash, providing the value of the recharacterization does not exceed $475.

Your IRA custodian will report your IRA contributions (to you and the IRS) on IRS Form 5498. This contribution will be reported even if it is later recharacterized, which means that if you recharacterize your contribution, you will receive two Form 5498s, one for the initial contribution and a second for the amount that is credited to the other IRA as a characterization.

You will also receive one Form 1099-R for the IRA that first received the contribution. Form 1099-R is used to report distributions from retirement accounts.﻿﻿ Your custodian will use a special code in box 7 of the Form 1099-R to indicate that the transaction is a recharacterization and, therefore, not taxable.﻿﻿﻿﻿

Bitcoin Corrects Above $8K against Weak US Data, Brexit Deal

CoreLogic Price Gains Moderating, But Expected to Increase This Year

Don’t shut out the Saudi market

Can I fund a Roth IRA and contribute to my employer’s...

Getting started in stocks