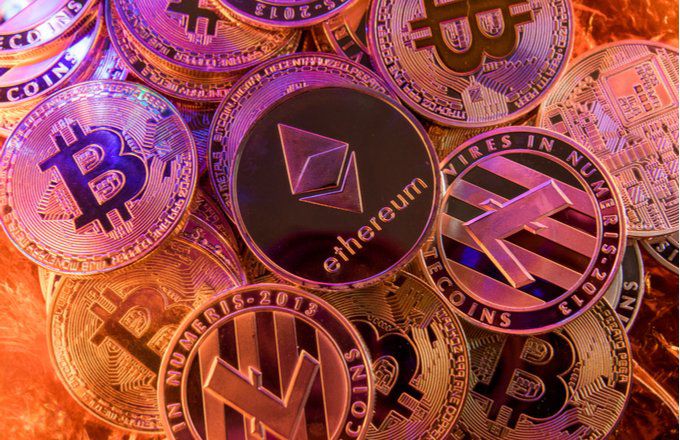 Cryptocurrencies have gained popularity due to several factors, including privacy and anonymity. Some of them help users to conceal their identities and their transactions. Amid mounting concerns about the anonymity of early cryptocurrencies, such as Bitcoin, users are searching for new options.

Let’s take a look at the top privacy-oriented cryptocurrencies, which have several built-in privacy features. They claim to offer enhanced security features that help to keep users’ identities and activities concealed.

Monero (XMR) stands at the top of the list. This cryptocurrency’s popularity has been on the rise, primarily due to its ability to help anonymize users. Monero transactions are much more difficult to trace because they use ring signatures and stealth addresses. These methods help to hide the identities of the sender and the receiver. Additionally, Ring Confidential Transactions, or RingCT, helps to conceal the transaction amount, providing more privacy.

Zcash (ZEC) defines itself as “If Bitcoin is like http for money, Zcash is https,” underlining its enhanced security and privacy features. Zcash has implemented a cryptographic tool called Zero-Knowledge Proof and grants participants an option to shield transactions. It allows participants to transact without any of them revealing their addresses to the other(s). Zero-Knowledge Proof also obfuscates the transaction amount.

Komodo (KMD) started as a fork of Zcash, so it inherits many of Zcash’s privacy features. In particular, Komodo shares the Zero-Knowledge Proof protocol for preserving privacy. Komodo focuses on making transactions more secure. Perhaps the most important advance associated with Komodo is the atomic swap DEX protocol that powers the P2P exchange AtomicDEX. Atomic swaps allow users to directly exchange different digital assets without centralized control. While the intention was to reduce the well-known security issues with cryptocurrency exchanges, atomic swaps also improve privacy.

Instead of relying on cryptographic techniques, Verge (XVG) banks on the existing and tested technology of The Onion Router (TOR) and the Invisible Internet Project (I2P) to protect users’ identities. TOR bounces a user’s communications over a distributed network of relays and tunnels run by volunteers spread across the globe, thereby hiding the user’s identity. On the other hand, I2P encrypts user data before sending it through an anonymous, peer-to-peer, and volunteer-run globally distributed network. It allows hiding the locations and IP addresses of the transacting participants.

Verge made headlines when a popular adult website adopted it to start accepting cryptocurrency payments. The primary reason for the development was Verge’s privacy features.

Horizen (ZEN) offers privacy shielded Z-Addresses and public T-Addresses that work similarly to Bitcoin. However, sending funds from a Z-Address to a T-Address will show the amount received. Horizen also boasts a vast node network, which helps to improve anonymity.

While privacy is a much-desired feature in the virtual world, it brings with it the perils of a large criminal element. Cryptocurrency operators have to fend off numerous hacking attempts by malicious participants. Law enforcement agencies and regulators are also more likely to investigate people with large transactions. Though Bitcoin remains the most popular choice, it is constantly being targeted by government agencies. They have become quite good at tracing Bitcoin transactions, creating a strong incentive to switch to more private cryptocurrencies.

Investing in cryptocurrencies and Initial Coin Offerings (ICOs) is very risky and highly speculative. This article is not a recommendation by Investopedia or the writer to invest in cryptocurrencies or ICOs. Since each individual’s situation is unique, a qualified professional should always be consulted before making any financial decisions. Investopedia makes no representations or warranties as to the accuracy or timeliness of the information contained herein.

Is It Time to Sell Apple Stock?

If You Still Call Amazon an Online Retailer, Here’s One More...