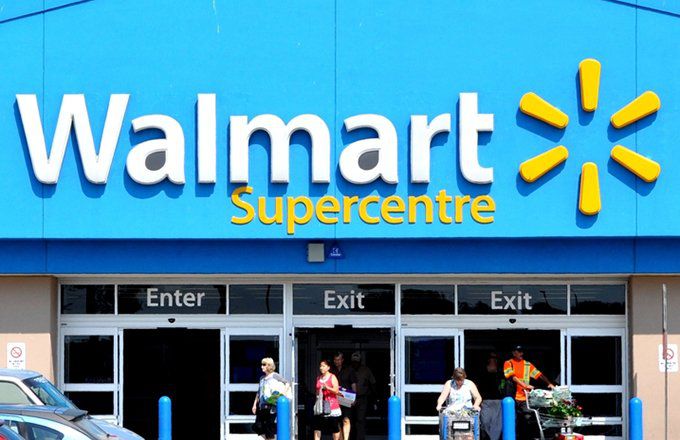 Walmart (WMT) is a U.S.-based multinational retail corporation that operates as a chain of discount department stores and a chain of warehouse stores. The company has over 11,500 locations across the globe and is the world’s largest company by revenue. Additionally, Walmart is the largest private employer in the world with over 2.2 million employees.

Walmart has made investments in its employees, such as increasing wages and offering benefits for same-sex partners. For investors, the company is an attractive investment, as it has outperformed the S&P 500 over the past few years. For investors on the fence, the following are the top four benefits of investing in Walmart in 2020.

With Walmart, it is pretty well-known what an investor is going to get from an operational perspective. The company is a retail juggernaut and continues to be the largest company in the world by sales. Additionally, it has increased revenue, profit, and earnings per share (EPS) steadily for the past 20-plus years.

Over the next five years, Walmart is expected to grow earnings at an average annual rate of 5.6%. Stock price aside, due to these forecasts and its past performance, Walmart remains a stable company that should be viewed as a long-term blue-chip investment.

Roughly 75% of Walmart’s store management began their careers as hourly employees with the company. This shows the company’s focus on retaining talent by investing in employee growth as well as growing the business.

For investors, Walmart has done a great job managing its increasing profit, using a smart reinvestment strategy, and giving back to shareholders. Over the last twelve months, the company has reinvested over $10 billion in capital expenditures (CAPEX), paid out over $6 billion in dividends, and bought back over $4 billion in shares.

Walmart has a track record of increasing its annual dividend every year since it started paying a dividend in 1974, and its dividend yield is roughly 1.7%. Walmart sits on almost $15 billion in cash and short-term investments, providing additional opportunities for the company to reinvest and return capital to shareholders. These are all good signs that regardless of current stock performance, Walmart should continue to grow and add value to shareholders through capital gains and dividend payments.

While the company is a retail giant, it has also done an admirable job ensuring it is not slow-moving. Walmart has made strides to introduce new technologies, such as a “scan and go” app for iOS and Android.

The scan-and-go app is designed to offer customers a more efficient way to shop, and also makes Walmart’s daily operations more efficient. Additionally, the company has been investing in e-commerce to stave off competition from the likes of Amazon and eBay. It is also testing out emerging e-commerce strategies such as pickup lockers for online orders.

Due to these factors, Walmart has made an effort to continue its expansion globally. By investing in the company, it is possible to realize increasing international revenues and profits and own stock that won’t be affected as heavily by global recessions.

Coinbase Gets $20 Billion Prime Client, Ads Back on Facebook