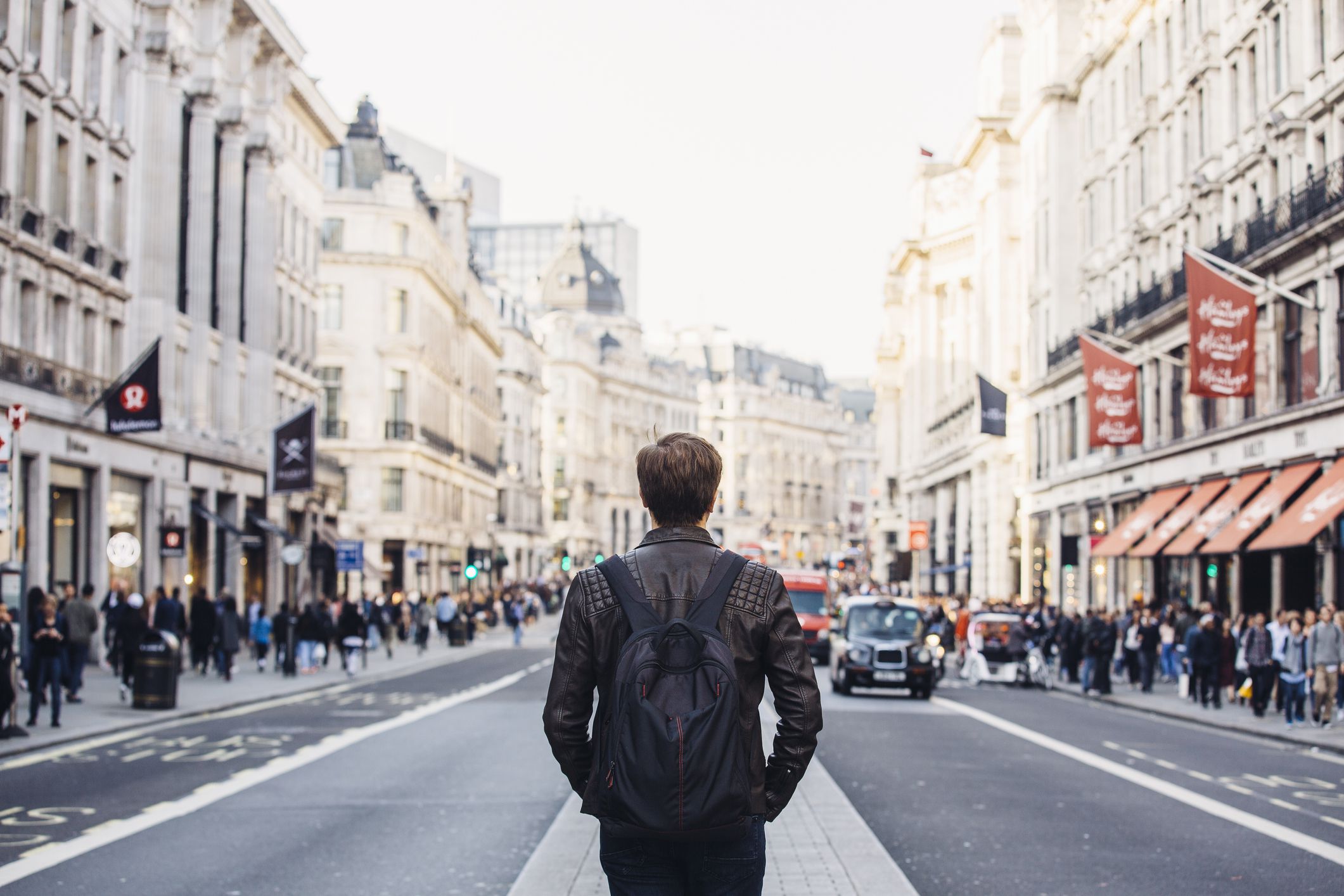 If you could live anywhere in the world, wouldn’t you want to know the potential income taxes before moving and how that compared to the U.S. tax rates? Perhaps, but that’s not the only question to ask. Your filing status of single or married is also a factor in determining which locations might have the highest income taxes. What’s more, the countries with the highest taxes on high incomes—Slovenia, Belgium, Sweden, Finland, and Portugal—are mostly different from the countries with the highest taxes on average income earners.﻿﻿

Being married with children also can make a difference. Denmark has some of the highest taxes in the world on both single and married taxpayers, but the other top four countries in each of the two categories are completely different, though they’re all in Europe.﻿﻿

This article focuses on the taxes you could expect, depending on whether you are single or married. This data (the most recent available from 2019) comes from the Organisation for Economic Co-operation and Development (OECD), a forum that allows governments from 37 advanced and developing countries around the world—25 of which are in Europe—to work together toward people’s economic and social well-being.﻿﻿

Countries With the Highest Income Tax for Single People

Germany has a progressive tax, which means that higher-income individuals pay more taxes than lower-income individuals. The country levies a progressive income and capital tax that caps out at 45%.﻿﻿ Sources of taxable income include agriculture, forestry, business ownership, self-employment, employment, savings and investments, rental property, and capital gains and other income. The first €801 in savings and investment income is not taxed, thanks to the saver’s allowance.﻿﻿ There is a 25% withholding tax on interest and dividends and a 15% withholding tax on royalties.﻿﻿

Members of certain churches pay an 8% or 9% church tax, which is tax-deductible.﻿﻿ Church taxes are levied in many European countries. In some cases, only church members are required to pay a percentage of income to the church to which they belong; in others, all taxpayers pay a church tax, but have the option of paying it to the state instead of to a religious organization.﻿﻿

Income of up to €9,408 is considered a personal allowance and is not taxed.﻿﻿ Other deductions include a percentage of contributions to a statutory pension insurance plan; health insurance premiums; private accident, life, unemployment, and disability insurance premiums; donations to registered charities; and up to €6,000 per year in training for a future profession.﻿﻿

Belgium’s top progressive tax rate is 50%. Income from property, work, investments, and miscellaneous sources is all taxable. Capital gains tax rates depend on the type of capital. Employees pay a social security tax of 13.07% of their income. The government allows deductions for business expenses, social contributions, and 80% of alimony payments, and there is a personal allowance based on filing status.﻿﻿

Lithuania’s taxes its income earners at rates that top out at 32%. Taxable income includes employment, commercial activities, royalties, leasing assets, and “other.” Income unrelated to employment—including royalties, interest, and gains from the sale of property—is taxed at a rate of 15% or 20%, as are capital gains. Dividends are subject to a tax rate of 15%. There is no withholding tax charged on interest unless the individual in question isn’t a citizen of Lithuania, in which case the rate is 15%.﻿﻿

Slovenia levies an individual income tax that ranges from 16% to 50%. Residents are taxed on their worldwide income, while non-residents will only have their Slovenia-sourced income taxed. Six types of income are subject to taxation: employment; business; agriculture and forestry; rent and royalties; dividends, interest, and capital gains; and “other.” Certain business activities are only taxed at a rate of 20%. A withholding tax of 27.5% is levied against dividends, interest, and rental income.﻿﻿

Capital gains are initially taxed at a rate of 27.5%, which will be reduced to 20% should the asset in question be held for at least five years. This rate decreases by a further 5% every five years until the asset has been held for 20 years, after which it will be exempt from taxation. Capital gains acquired through derivatives, however, are subject to a 40% rate if disposed of during the first year—though this rate will also go down over time.﻿﻿

Both royalties and fees for technical services are subject to a 25% tax rate. This will be replaced with a progressive individual tax rate if they are taxed as part of an individual’s employment income.﻿﻿

How the U.S. Compares

The United States comes in at 24% in this category of average-earning singles with no children, giving it the 24th highest tax rate. The countries with the lowest all-in average personal income tax rates on single people with no children are Chile (7%), Mexico (10.8%), and Korea (15.3%).﻿﻿

You might think a country’s high taxes are a valuable trade-off if you receive lots of social insurance benefits, your standard of living is high, and you think the government uses your tax dollars wisely.

Countries With the Highest Income Tax for Married People

For families with two children, the countries with the highest average personal income taxes are different. Lithuania (27.7%) and Denmark (25.2%) make the top five in both this category and the single-with-no-children category. Alongside Lithuania and Denmark, Turkey (26.5%), Finland (24.7%), and the Netherlands (24.2%) are in the top five.﻿﻿

Here is some information about taxation in Lithuania, in addition to the details in the taxes for single people section above. Residents are taxed on their worldwide income, while non-residents are subject to a tax on their Lithuanian-sourced income and income from activities conducted through a fixed base in Lithuania. Residents of Lithuania are permitted an annual tax-exempt amount up to €4,200, which diminishes as their salary rises, up to €31,990. Consumers also pay value-added taxes on most goods and services at a rate of 21%.﻿﻿

Because we covered Denmark’s tax rates in the previous section, here is some additional information about taxation in Denmark. Residents pay taxes on worldwide income, and spouses must file separately. Capital gains on a home sale are normally tax-exempt. Most taxpayers get a personal allowance worth 46,200 kr. ($6,802.22) and an employment allowance. Individuals pay property taxes, and anyone other than a spouse who receives an inheritance pays an inheritance tax. Consumers also pay value-added taxes on most goods and services at a rate of 25%.﻿﻿

The Netherlands categorizes all income as coming from one of three categories: 1) salaries, wages, benefits in kind, pensions, and homeownership income; 2) enterprise income from substantial business holdings; 3) savings and investment income. Each category has its own deductions and tax rates, and general tax credits apply to net income after the three categories are totaled.﻿﻿ Income is taxed at progressive rates of 37.35 to 49.5%. Social security taxes are included in these rates.﻿﻿ Married couples must file jointly unless they have filed for divorce, and some unmarried couples must also file jointly.﻿﻿

The United States comes in at 12.2% in this category, giving it the 25th highest tax rate. The countries with the lowest all-in average personal income tax rates on married single-earner couples with two children are the Czech Republic (1.8%), Canada (2.4%), and Estonia (2.9%).﻿﻿ There’s quite a disparity between the highest and lowest income tax burdens among OECD countries.

Income tax burdens vary so much by country because of the rates at which each country funds social insurance programs, such as old-age pensions and healthcare. In some countries, such as the Netherlands, social insurance taxes are significantly higher than basic income taxes.

Each country provides different levels of benefits to its citizens, and individuals get different returns on the sums they pay into social insurance programs based on personal factors like income, age, and health status.

Different countries put taxpayers into different brackets based on their income level, marital status, and the number of dependents. Just because a country has an especially high or low overall income tax rate doesn’t tell you much about how you would fare in that country with all the circumstances that make up your unique situation.

This Isn’t Your Father’s Cash Out Refi

Do you own your tech?