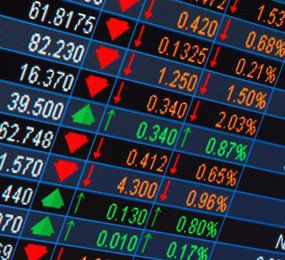 The everlasting red pigment of the amaranth flower has stood as a symbol of immortality since the time of ancient Greece. Unfortunately, a hedge fund called Amaranth Advisors could not live up to its legendary name, and the company is now infamous for a one-week trading debacle that has put it in the investment hall of shame. In this article, we’ll take a look at what happened to the Amaranth fund and discuss some of the reasons for its downfall.

The Amaranth hedge fund was founded by Nicholas Maounis, and over the years, it built a solid reputation within the hedge fund community. Based in Greenwich, Connecticut, Amaranth’s claim to fame was associated with energy trading. The fund was able to attract big money from large pension funds such as the San Diego Employees Retirement Association. The fund’s big-name trader, Brian Hunter, helped the fund climb to the peak of success, and also contributed to its rapid descent.

Amaranth began 2006 with $7.4 billion in assets. By August of that year, the hedge fund was at its high-water mark of $9.2 billion. However, the fund’s decline was rapid, and over the next month, its value plummeted below $3.5 billion before the assets were liquidated. Records show that the San Diego Employees Retirement Association invested $175 million with Amaranth in 2005 and the 50% loss in the first nine months of 2006 resulted in a hefty loss for the retirement fund. Despite its epic downfall, Amaranth was not a fly-by-night hedge fund. The fund had been around since September 2000.

Brian Hunter began to make a name for himself at Deutsche Bank in 2001 as an energy trader that specialized in natural gas trades. Hunter personally generated $17 million in profit for the company, and he followed up with an even better performance in 2002 by earning $52 million.

By 2003, Hunter began supervising the gas desk at Deutsche (while earning in excess of $1.6 million in bonuses). As 2003 came to a close, the group Hunter supervised was about to end the year up approximately $76 million. Unfortunately, within a week’s time, it had incurred losses of $51.2 million. This was the beginning of a series of negative events that would force Hunter to leave his position at Deutsche bank. His next job would be at Amaranth Advisors, as head of the energy trading desk.

According to Trader Monthly magazine, within six months of joining Amaranth, Hunter made the hedge fund $200 million. That distinction alone impressed his bosses so much that they created an office in Calgary, Alberta, allowing the Canadian to move back to his hometown. In March of 2006, Hunter was named to the twenty-ninth spot on the Traders Monthly list of top traders. Amaranth profited by about $800 million as a result of all his trades, and he was rewarded with compensation in the $75 million to $100 million range.

While most of Amaranth’s initial energy investments were more conservative in nature, the energy desk consistently posted annual returns of around 30%. Eventually, Hunter was able to make more speculative positions using natural gas futures contracts. This worked in the fund’s favor in 2005 when hurricanes Katrina and Rita disrupted natural gas production and helped push the price of natural gas up nearly three-fold from the January low to the November high, as shown in Figure 1, below. Hunter’s speculations proved correct and earned the company well over $1 billion dollars and an epic reputation.

Although the risky bets on natural gas and hurricanes paid off in 2005, the same bets would ultimately bring about Amaranth’s demise a year later.

Betting on the Weather

After a devastating hurricane season propelled Amaranth to billion dollar returns in 2005, it was only natural for Hunter to place the same bets again in 2006. And while meteorologists were not expecting the 2006 hurricane season to be as severe as 2005, several storms were anticipated.

Like all hedge funds, the specifics of Amaranth’s trading strategies are kept a secret, but it is known that Hunter placed an extremely leveraged bet on natural gas moving higher. But with the inventory supplies of natural gas increasing and the threat of another severe hurricane season diminishing, the bulls were disappearing daily. During the second week of September 2006, the natural gas contract broke through an important price support at $5.50 and proceeded to drop another 20% in a two-week period. As the price of natural gas continued to drop, Amaranth’s losses grew to $6 billion.

By the third week of September 2006, the U.S. had not experienced any major storm, and the price of natural gas was in the middle of a free-fall. Amaranth and in particular, Hunter, were heavily invested in natural gas futures and according to reports from other natural gas investors, used borrowed money to double-down on its initial investments.

What Amaranth and Hunter were trying to achieve with the hedge fund is large gains with hedged positions. Ideally, hedging should lower a fund’s risk because the fund has both bullish and bearish positions. If the futures contract moves in one direction, the fund should profit with one contract as the other is either sold or used to hedge against a sudden move in the opposite direction. However, many hedge funds make huge bets on the market moving in the direction of their leveraged bets. When the trades go as planned, a fund’s investors will see significant returns. However, because this strategy does little to minimize risk, there are a number of hedge funds that go the way of Amaranth.

Futures contracts have a higher risk than equities as a result of the leverage given to futures traders. For example, in the equities market, a trader must come up with at least 50% of the value of the trade. In the futures markets, on the other hand, traders are able to enter a position with only 10% of the money upfront. Many large hedge funds also borrow money through lines of credit from banks to add even more leverage, which increases both risk and the potential size of the return.

A strategy that Hunter implemented involved playing the spread between the March and April 2007 contracts. Hunter bet the spread would widen between the two contracts, when in fact it narrowed greatly in early September. As mentioned before, Hunter further compounded his losses by using a strategy referred to as doubling down. By borrowing money to initiate new positions, the fund became more leveraged. Eventually, the amount of leverage that Hunter used peaked at an 8:1 ratio. Amaranth had borrowed $8 for every $1 they originally possessed.

Unfortunately, if the appropriate risk-management steps have not been taken, it only takes one incorrect bet to land a hedge fund in a billion-dollar blowup similar to Amaranth and equally infamous Long-Term Capital Management (1998).

In the end, most investors in the Amaranth Fund were left scratching their heads and wondering what happened to their money. One of the biggest issues with hedge funds is the lack of transparency for investors. From day to day, investors often don’t know how the fund is trading their money.

Most hedge funds make their money with performance fees that are generated when the fund achieves large gains; the bigger the gains, the bigger the fees for the hedge fund. If the fund stays flat or falls 70%, the performance fee is exactly the same: zero. This type of fee structure can be part of what forces hedge fund traders to implement exceedingly risky strategies.

In September of 2006, Reuters reported that Amaranth was selling its energy portfolio to Citadel Investment Group and JP Morgan Chase. Due to margin calls and liquidity issues, Maounis pointed out that Amaranth did not have an alternative option to selling their energy holdings. Amaranth later confirmed that Brian Hunter had left the company, but this was small comfort for investors who had large investments in Amaranth.

Following the losses in 2006, the regulators began to make their cases against Amaranth and Brian Hunter. There were two regulatory agencies that lead the charge against the hedge fund and trader.

The Federal Energy Regulatory Commission (FERC) is a regulatory agency that provides oversight for the transmission and sale of natural gas throughout the United States. The agency also monitors and investigates matters regarding the energy markets while enforcing regulations and if necessary, imposing civil penalties for violations.﻿﻿

The Commodity Futures Trading Commission (CFTC) regulates the options and commodity futures markets. The agency also ensures that the futures markets are functioning in an efficient and competitive manner. The CFTC helps to protect investors against fraud, manipulation, and abusive trading practices.

In 2007, the CFTC filed a suit against Amaranth and Hunter alleging that they engaged in price manipulation, which violated the Commodity Exchange Act. The CFTC requested a fine and a ban on future trading for the accused.﻿﻿

FERC also filed a case against the firm requesting a fine of $278 million against the hedge fund. Amaranth settled with both regulators and paid a fine of $7.5 million.﻿﻿

In September of 2014, Hunter settled with the CFTC and agreed to pay a $750,000 civil penalty and accepted a permanent trading ban.﻿﻿

The story of Amaranth serves to illustrate the risk involved with making large investments in a hedge fund, regardless of the fund’s past success.

Amid growing coronavirus concerns, where does housing stand this election season?

This ICO Project Wants to Detokenize Itself

8 Fast-Growth Stocks That Can Lead as Bull Market Slows

How Foreigners Can Open Savings Accounts in the U.S.

Industrial Stocks to the Rescue